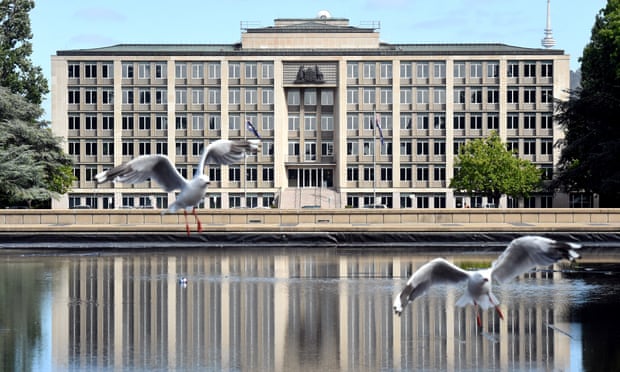 The Future Fund says FoI requests, such as those that revealed investments in a company linked to the Myanmar military, are ‘administratively burdensome’. Photograph: Mick Tsikas/AAP

The $250bn Future Fund says receiving 10 to 20 freedom of information requests a year is “administratively burdensome” and has confirmed proposed changes by the Morrison government would have shielded it from the kind of request that exposed investments in a company linked to the Myanmar military.

Last month, the Coalition introduced a bill granting wide-ranging exemptions to the Future Fund from freedom of information law, prompting criticism that it was a “calculated response” to an FoI that revealed its $3.2m investment in an Adani company criticised by the United Nations for an arrangement that gave financial support to the Myanmar military.

The changes would exempt the sovereign wealth fund from any FoI request asking for documents concerning its investments.

Speaking before a Senate inquiry considering the proposed legislation on Tuesday, the Future Fund general counsel, Cameron Price, confirmed the changes would have prevented the release of the Adani FoI response because it detailed an investment the fund had made.

Price said the investment managers the Future Fund worked with had complained generally about the risk of their sensitive commercial information being public through FoI.

That’s despite the FoI act containing exemptions allowing for sensitive commercial information to be withheld.

Price said foreign investment managers were still concerned at the mere “specter” of FoI forcing the Future Fund to disclose such information.

“You cannot give a foreign investment manager the assurance that the exemptions that are currently in the act would apply, you just cannot do that,” he said.

Greens senator Nick McKim accused the fund of allowing the “paranoia of a handful of investment managers [to] dictate what’s in commonwealth law”.

“They are, in effect, aren’t they, because that’s the only argument you’re mounting for this change?”

Price rejected the proposition. He said FoI was “administratively burdensome” for the Future Fund.

He said the fund received about 10 to 20 FoI requests a year – about three-quarters of which related to its investment activities.

“It’s hundreds of hours a year, roughly, I think we had a few hundred hours of work which ultimately added no value whatsoever to the Australian public because many of the ones I just talked about were foreign data service providers, which were rejected, but we had to go through a detailed process to process them,” he said.

McKim suggested to Price it would require about 0.5 full-time equivalent employees to process the agency’s FoIs and said: “I can’t see how you can, with a straight face, say that is administratively burdensome for an agency that has $250bn of public funds invested. So how do you make that claim?”

The changes had also been discussed for more than a decade and were proposed at one point by then Labor finance minister Lindsay Tanner.

Price said there were many other mechanisms to ensure accountability and transparency at the fund, including through parliamentary committees, annual reporting, and requests from the minister.

“But you didn’t publish that you had invested millions of dollars of public funds into the Adani Corporation last year, that had to be dragged out of you in an FoI act request?” McKim said.

Adani Group has previously told the ABC it “takes seriously the [UN] Human Rights Council’s fact-finding report and its concerns about protecting the human rights of all people in Myanmar”.

The Australian Centre for International Justice lodged the FOI which exposed the Adani investment.

The centre’s executive director, Rawan Arraf, said the proposed legislation would “in effect remove the only process left for the public to know which companies the Future Fund invests public funds in”.

“Sovereign wealth funds in New Zealand, Canada, Norway, Sweden, Denmark, Netherlands and Japan publicly disclose all of their investments and the amount invested,” she said.

“We believe the move to change freedom of information access occurred after civil society organisations started to make requests relating to companies in Myanmar and Israel linked to serious human rights abuses. The Future Fund wants to evade its environmental, social and corporate governance responsibilities.”