AN INVESTIGATION has uncovered a massive taxpayer rip-off perpetrated not by “dole bludgers” sponging off the unemployment system — but instead by the agencies tasked with finding people jobs.

Unemployment in Australia is at 6.4 per cent, its highest rate in 12 years. But an investigation by Four Corners has found that a billion-dollar taxpayer funded scheme created to help job seekers find a work is instead being used to keep the money flowing to employment agencies.

There’s evidence that both private and charity job agencies are “gaming” the Federal Government’s work scheme Job Services Australia, which it spends about $1.3 billion on every year. Some organisations have already had to pay back more than $41 million worth of false claims in the past three years.

The agencies receive money for every person they look after, with thousand-dollar bonuses available if they find the person work. In 1998 the Federal Government essentially privatised the system so in order to keep their unemployment benefits, every jobseeker had to register with a charity or a private job agency.

But with 780,000 people competing in Australia for just 150,000 jobs, there is not enough work to go round and the agencies have found other ways to make money.

Jobseekers who have a mental illness, substance abuse problem, or are indigenous, are deemed harder to place in work and agencies make more money from them.

According to Four Corners, job agency employees are encouraged to look into the background of clients and identify those who can be classified into a disadvantaged category.

When they can’t find enough “disadvantaged” jobseekers, at least one agency has been found to fraudulently upgrade them. The value of these jobseekers was highlighted in a 2005 government investigation into the Salvation Army in Victoria, which found clients were fraudulently upgraded to a “highly disadvantage classification”, which increased payments and bonuses for staff.

Following the investigation, the charity was forced to repay $9 million but the government would not say whether anyone was ever prosecuted. 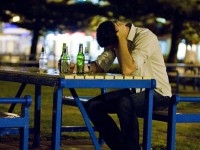 Employees are also encouraged to put clients into courses run by the company’s own registered agencies even if jobseekers may not find the training beneficial.

She said that in some cases money put towards training could have been better spent, for example on helping the client get their driving licence but this wasn’t done because it did not benefit the company.

There has also been evidence of agencies signing up jobseekers to courses that they had no prospect of starting or completing. A 2009 government investigation found one company MAX Employment had enrolled 141 people into a training course, despite the fact its training room could only fit 15 jobseekers at a time.

In the four years to 2010 these training courses cost taxpayers nearly $400 million dollars regardless of whether they benefited the jobseeker.

Rupert Taylor-Price, whose software company analyses government data generated by the program, said he thought only one in 10 people participating in the Job Services Australia scheme enjoys “a better chance of gaining employment”.

Some jobseekers believe other agencies have even forged their signatures and turned in false paperwork. A 2012 audit found only 40 per cent of fees paid to agencies could be verified.

A number of job seekers were shown documentation that they had purportedly signed but did not recognise, and one said he had been asked to sign blank forms for which details would be filled out later.

“I’m shocked because I didn’t fill this in,” said one woman shown paperwork Four Corners had obtained.

One whistleblower from agency ORS Group, which turned over $66 million last year said details on forms were regularly whited out and replaced: “I would say about 80 per cent of claims that come through have some sort of manipulation on them”.

Even if the company is not responsible for finding a jobseeker work it can still claim money from the government if it is able to get the signature of the jobseeker.

“We were sort of told, you know, if the signature’s not on it, get it any way that you can,” former ORS consultant Ms Purvis said.

She said she thought forms from at least half of her caseload at ORS had been tampered with, “I don’t know how they’re still open”.

Another former employee turned whistleblower, who did not want to be identified, said that free Coles Myer vouchers were used to lure clients back so ORS could get their signature, by suggesting to clients they were just signing for the vouchers. 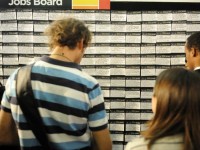 “We found that about a third of ... job matching claims in that period ... the job member had had no involvement in getting the person a job, something that they claimed money off the Commonwealth for,” Mr Whitchurch said.

He estimated about 50,000 claims in the first year were rorted.

An audit of fees a few years ago was able to claw back $6 million worth of taxpayers money despite only examining one type of fee and six months worth of claims.

But former department head Dr Peter Shergold said he could only recall one provider at the time who was “rorting” the system.

“Rorting is taking funds for a false outcome which hasn’t been achieved. I’ve seen truly minimal evidence of that,” Dr Shergold said.

He said of the Jobs Services Australia: “I think it was probably the most innovative measure in terms of public administration that happened during the Howard years.”

CHANGES TO THE SCHEME

Changes to Jobs Services Australia will come into effect in July but these cut red tape rather than increase audit requirements.

When asked why this was a bad thing, a spokesman for JN Solutions said: “In free market red tape is generally a bad thing, (but) this isn’t a free market, this is a government contract. Red tape in this industry is regulation, it’s making sure public funds are accounted for.”

Agencies will undergo more rigorous quality standards to be eligible to deliver services.

“The coalition’s new employment services system will undo Labor’s mistakes and restore greater integrity to the system,” he said in a statement.

However, its achievements also deserved to be acknowledged.

It said the scheme assists about 800,000 job seekers at any point in time, and that more than a quarter of job seekers find a job and exit JSA within three months.

This was despite the fact that the system was “incredibly complex, with a confusing payment model and thousands of pages of rules that must be interpreted and applied by individual staff”.