Children hidden and their identities changed by parent abduction ring 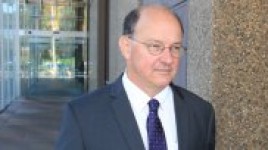 A vigilante group that allegedly financed and assisted women in Australia to abduct their own children and keep them hidden in violation of family law court orders has been struck down by authorities.

Police allege that for the past decade the group, headed by a doctor from Grafton, has operated a sophisticated syndicate of "like-minded people", who used clandestine methods to abduct and move children around the country; including dyeing their hair, changing their names and altering their dates of birth.

Four people across the country have been charged over organising and financing an abduction syndicate which allegedly assisted in the parental abduction of children against family law orders.

The network was targeted by the Australian Federal Police in raids around the country on Wednesday. Police have also identified a yacht, purchased and re-fitted for $140,000, used to transport abducted children from its mooring in Fremantle, to Tasmania and then on to New Zealand or South Africa.

Dr William Russell Massingham Pridgeon, a Grafton GP and the founder of the Australian Anti-Paedophile Party, which ran senate candidates in the 2016 federal election, was one of four people arrested and charged on Wednesday morning.

Another Grafton man, Patrick Finbar McGarry O'Dea, a Townsville man and a Perth woman have also been charged over their roles in the syndicate, specifically for allegedly helping two separate women abduct and hide their children.

All three children involved have since been safely located by the AFP.

During the two-year AFP investigation, 10 missing children were safely located in the custody of a parent who had abducted them. Five of those were reportedly linked to the syndicate.

"The continual movement of children, the change in their identity, change in their location and appearances, their isolation for lengthy periods of time, has been shown to cause impacts that are long lasting.

"We all know family law matters are difficult ... but not agreeing to a court decision is no excuse for engaging in this vigilante behaviour."

It is alleged Dr Pridgeon was the key financier and organiser of the network's activities, described by the AFP as both "clandestine" and "sophisticated," with links internationally.

He has been charged with conspiring to defeat justice and dealing in the proceeds of crime worth $100,000 or more.

Police will also allege Mr O'Dea was a co-organiser of the scheme, who provided the women with money and used social media and other public forums to actively portray the fathers of their children as child abusers.

Both Dr Pridgeon and Mr O'Dea were formally refused bail at Grafton Local Court on Thursday. They will be extradited to Brisbane on Friday, where they will face Brisbane Magistrate's Court.

An 83-year-old Townsville man was also charged with a range of offences, including dealing in the proceeds of crime and aiding and abetting the publication of an account of legal proceedings.

He was granted bail at Townsville Local Court on Thursday.

A prosecution notice was also served on a 78-year-old Perth woman, who will face Perth Magistrates Court on December 14.

It is alleged the group did not go by any name, but operated on a "word-of-mouth" basis, using a variety of encrypted phone applications to communicate and to conceal transactions.

"We understand that if a person has utilised the network then they are used by the network to assist others," said Commander Justine Gough, Manager of Crime Operations, who led the investigation.

"Financing came from the members of the network ... [and] money was also derived from sympathetic persons who provided donations."

She said the ongoing investigation had found the network had links overseas, to both New Zealand and South Africa, describing the "intelligence picture" investigators had determined regarding a yacht owned by Dr Pridgeon.

"We think the vessel was to convey children from where it was moored in Fremantle to Tasmania and perhaps on to New Zealand."

It is understood food, transport and accommodation was offered by people who may have been unaware they were participating in criminal activity.

Commander Gough said further arrests were likely and confirmed that all allegations of child sex abuse made against the fathers of the children involved had been investigated and were not substantiated.

The investigation, Operation Noetic, did not set out to locate a parental abduction network when it began its investigation two years ago.

Rather, authorities were attempting to locate two parentally abducted children when they began to identify patterns between other similar cases of missing children.

Commander Gough said investigators could not rule out the possibility of more missing children as a result of the network and urged anyone with further information to contact police.

Lucy Cormack is a crime reporter with The Sydney Morning Herald.