NSW Natural Resources Commission says plan for the Barwon-Darling needs urgent overhaul to save ecosystem ‘in crisis’
The Murray-Darling river system managed by NSW – the Barwon-Darling – is “an ecosystem in crisis” which is on a path to collapse and urgent reforms are needed to save it, a review has warned.

The NSW Natural Resources Commission was asked to bring forward a statutory review of the Barwon-Darling by the previous minister Niall Blair, after ABC’s Four Corners aired allegations in 2017 of widespread water theft and another independent report raised serious doubts about the river’s management.

Since then there have been several mass fish deaths downstream at Menindee with two reviews identifying over-extraction by the cotton industry as the main cause. 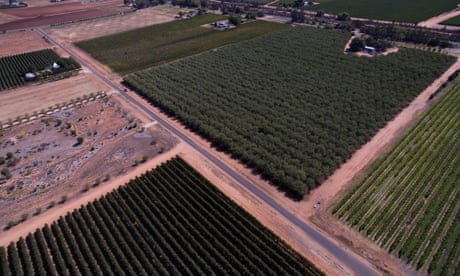 Tough nut to crack: the almond boom and its drain on the Murray-Darling

Now the commission, a government body charged with managing the state’s resources, has warned the key plan for the Barwon-Darling is to blame and needs an urgent overhaul.

The Barwon-Darling water sharing plan covers the stretch of the river system running from the NSW-Queensland border through the main cotton growing areas around Walgett, Brewarrina and Bourke, and includes the stretch of the Darling down to Wilcannia. Menindee is further downstream in the Lower Darling, but is highly dependent on what happens upstream.

The Barwon-Darling plan has long been the target of environmental groups’ concerns because a lack of metering, and because it allowed irrigators to extract water during low-flow events at the expense of the environment.

“There is an urgent need to remake the plan so the current trend of a river system heading towards collapse is reset and the river and its dependent species, communities and industries are put on a path towards long term health and resilience” said the commissioner, John Keniry. 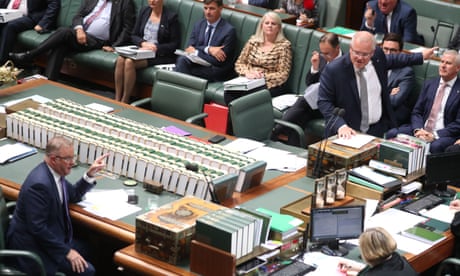 The commission argued that an intense drought, significant volumes of upstream water extractions, an apparent climate shift and the rules within the plan have all contributed to insufficient ecological, social and cultural outcomes in the Barwon-Darling.

While the commission said there had been significant reform since 2017, it said steps to improve water management “needed to be accelerated and further extended”.

In particular, the commission identified that the plan failed to set specific ecological targets; that cease-to-pump rules were based on incomplete ecological data; and that the rules allowed increased volume and rate of extractions of water in low flows, which meant water often didn’t reach the lower reaches of the river.

“These provisions benefit the economic interests of a few upstream users over the ecological and social needs of the many,” the report said.

“There is clear evidence to indicate that the plan rules are resulting in more frequent and longer cease-to-flow periods.”

The report includes a detailed analysis of the periods where the river has ceased to flow – in 2013 it did not flow for 80 days – and concludes these are happening more often. 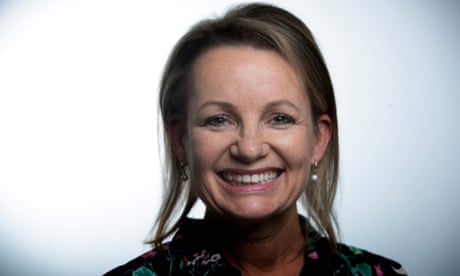 Sussan Ley: I'll be an environmentalist as minister

It calls on the government to factor in the uncertainties of climate change in the new plan.

The NSW Nature Conservation Council described the report as “a scathing report which places the blame for the ecological catastrophe we have seen unfold in the Darling squarely at the feet of the NSW government for allowing over-extraction by upstream irrigators.”

“The NSW government have failed to act in the interests of the communities and ecosystems that rely on a healthy river system and have instead created rules which allow irrigators to suck the river dry in times of drought,” CEO Kate Smolski said.

She called on the government to act swiftly to implement all the recommendations.

The report was also very critical of the government’s failure to allocate water in line with Native Title. Indigenous communities along the Darling, which they call the Barka, have been calling for proper recognition of the cultural importance of the river through rights to water.

The commission said there had been progress made in the draft of the new planfor the Barwon-Darling, which is due to be lodged with the Murray-Darling Basin Authority soon. But it described this as a “ first step” and said many more changes were needed to protect low flows.

It wants the rule which allows irrigators to take water when flows are “imminent” scrapped.

It also says there needs to be specific allocations to Indigenous communities.

“The health and wellbeing of Aboriginal people is strongly connected to the health of the river. Aboriginal community members repeatedly told the commission that the lack of flows since 2012 has resulted in poor water quality, an inability to swim or fish, damage to culturally significant places, lack of social cohesion and a decline in cultural practices.”

The commission has urged the NSW government to take a broader economic view when devising the new plan beyond the interests of irrigators.

“Its [the current plan’s] narrow focus on extractive uses such as irrigation ignores the potential costs and benefits to other local industries.”

“For example, stakeholders are concerned that the local pastoral, tourism and recreation industries are being impacted by poor water quality and water shortages. There are also costs borne by consumers and ratepayers associated with additional treatment or maintenance requirements from poor quality water, or the need to shift to alternative water sources such as tankered or bottled water.”
Source : https://www.theguardian.com/australia-news/2019/jul/24/barwon-darling-river-system-collapse-review