The town of Roebourne in the north of Western Australia has one of the world's highest rates of child sex abuse.

An Australian town is in the grip of a paedophile epidemic with 90 per cent of school-age children suffering abuse, police have warned.

Thirty-six men have been charged with more than 300 offences against 184 children after an investigation uncovered a "staggering" rate of abuse in Roebourne, Western Australia.

This is the advice of the World Health Organisation - and practically every other corporation and government in the world.

This is not treating Covid, or even attempting to minimise it.  This is nothing.  If you wonder why so many people have died from it, consider asking your local government why those infected with Covid are denied life-saving medical attention until they are that sick they are required to be admitted to hospital - in many cases, it is much to late to do anything about the disease.

Have you ever heard of ANY disease that there is no treatment provided prior to being admitted to hospital?  No.  Because this is an absolute joke.  Apparently the ONLY treatment for Covid is listed below - OR A VACCINE.  A vaccine which cannot help you get rid of it, cannot prevent you from even catching it and cannot even prevent you from transmitting it.

Medical board let serial sexual abuser off the hook, again and again

Izey Semovic remembers reeling with disbelief when he was told the Melbourne neurologist who he accused of sexually assaulting him would escape serious punishment.

It was 2007 and the now 53-year-old former truck driver had no idea that the doctor he had reported to the medical board would years later be exposed as one of the worst sexual predators in Australian medical history. All Semovic knew was that the handling of his own case stunk.

The Medical Practice Board had somehow concluded that Dr Andrew Churchyard had the laconic truckie’s "best interests at heart" when he fondled the 42-year-old’s genitals. Semovic had sought the neurologist's help to deal with upper body muscle pain and weakness. 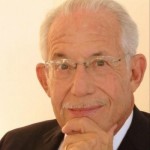 Representative Proceedings and Complaints to HREOC

The HREOC Act allows a representative complaint to be made pursuant to s 46P(2)(c) of the HREOC Act in the following circumstances:[75]

‘Representative complaint’ is defined under the HREOC Act to mean ‘a complaint lodged on behalf of at least one person who is not a complainant’.[76] ‘Class member’ is relevantly defined as ‘any of the persons on whose behalf the complaint was lodged, but does not include a person who has withdrawn under s 46PC’.[77]

In making a representative complaint to HREOC, a complainant need not name all the class members, or specify how many members there are to the complaint.[78]

Ivermectin, a potential anticancer drug derived from an antiparasitic drug

Ivermectin has powerful antitumor effects, including the inhibition of proliferation, metastasis, and angiogenic activity, in a variety of cancer cells. This may be related to the regulation of multiple signaling pathways by ivermectin through PAK1 kinase. On the other hand, ivermectin promotes programmed cancer cell death, including apoptosis, autophagy and pyroptosis. Ivermectin induces apoptosis and autophagy is mutually regulated. Interestingly, ivermectin can also inhibit tumor stem cells and reverse multidrug resistance and exerts the optimal effect when used in combination with other chemotherapy drugs.
Read more ... Add new comment

YOU walk up the stone steps onto an ageing red carpet, past a gallery of former speakers and into the house of disgrace.
Welcome to the most corrupt parliament in Australian history — the NSW Legislature.
In nine months, 11 Liberal politicians have resigned, stepped down or moved to the crossbenches amid corruption investigations. Labor’s ship has been equally rat-infested, with names like Obeid, Macdonald, Kelly and Tripodi now bywords for the stink in Macquarie St.
“You’d probably find maggots if you dug the foundations,” one former state MP said.
NSW’s corruption shame can be traced back to 2007, when Morris Iemma won Labor’s fourth successive term in government. The sense of entitlement that came with 16 years in power was irresistible to some MPs, who treated parliament as a personal fiefdom and rorted the system to benefit themselves.
‘NO ONE IS ABOVE THE REACH OF ICAC
LIBERAL MP BART BASSETT STANDS ASIDE
BAIRD AND LABOR ARE POLES APART
Read more ... Add new comment

This extraction contains cases of abuse of children within the child placement system.  Some of the these children have been killed, other's survived but suffered from:

In several cases the abuse was hidden from authorities under the pretext of home-schooling.  For an overview of abuse cases by location, see this map.

A 12-year-old girl, adopted by Dave and Wonda Dixon, was allegedly sexually and physically abused. She was also deprived of food. The Dixon's had adopted a total of 10 children.
Read more ... Add new comment

What is the definition of child trafficking?

The Australian Federal Police state that "Human trafficking is the physical movement of people across and within borders through deceptive means, force or coercion."

Australian child protection authorities do this, and they use the services of lawyers to ensure that this happens.  Lawyers then have the protection of the state legal services commission, ie the NSW Office of Legal Services Commission - whereby they pretend that they are an oversight authority to ensure the professionalism of their lawyers.