Why did it take a child's death to reveal adoption system failings?

Our adoption system is failing children. The review into the death of Elsie Scully-Hicks identified important lessons for professionals involved in protecting children. But it does not go far enough: it misses a number of fundamental flaws in the system that were evident before her death. These flaws can lead to vulnerable children being rushed into unsuitable adoptions, and then pushed back into care once the adoption breaks down.

This should not be news to social workers, adopters or foster carers. But there is a culture of unquestioned optimism and inadequate scrutiny of decision-making through the process that can be disastrous. Indeed, it should be no surprise to anyone working in the system that one theme of the review was that, with the benefit of hindsight, professionals were excessively positive about Elsie’s adoptive placement. 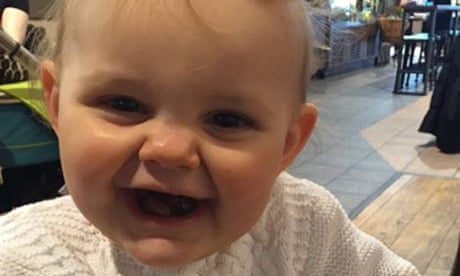 The implication is that social workers and health professionals were unwilling to consider that adoptive parents might harm their child. That is inevitable in a system that, despite the complex realities, views adoption as the optimum outcome for children in care. It is a system that treats potential adoptive parents’ experiences differently to those of birth parents: anecdotally, an adoptive parent who has experienced some form of childhood adversity is likely to be described as resilient and empathic to the needs of the children they may adopt. The same experience in a birth parent’s childhood is likely to be seen as the opposite – a risk factor and an area of vulnerability.

There are stark differences in the way potential adopters and birth parents are assessed. When a local authority begins care proceedings, it is not unusual for birth parents to be asked to engage in endless assessments by various professionals. Commonly, this will include examinations of their parenting capacity, cognitive functioning (including psychometric testing) and mental health, the latter two led by a psychologist. Often there will be duplications, with two social workers each completing different assessments, with many families repeatedly asked the same questions. In the case of a parent with a learning disability, there will usually be a further parenting assessment.

Potential adopters, in contrast, are assessed once by a social worker who then acts as their supervisor and advocate. Assessments of adopters tend to be overly descriptive with little analysis. While the review into Elsie Scully-Hicks’ death asserted that the assessments of her adopters were robust, in general there are substantial inconsistencies in the quality of these assessments. My experience is that it is not uncommon for them to be less rigorous and demanding than assessments of birth parents. Guidance on assessments of adopters was revised in 2011 to increase levels of analysis, but little seems to have changed.

Typically, adopters whose application is approved will continue to be represented by the social worker who assessed them. This means that their social worker is invested in the adopters having a child placed in their care – it is on the basis of their professional judgment that this recommendation is made. But it is also in the interests of the child’s social worker for them to be placed with an adopter, because otherwise there would be a delay to the child being provided with a long-term placement. 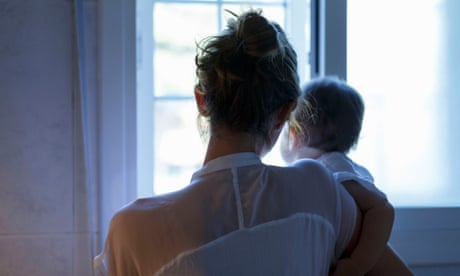 The coalition government’s well-intentioned drive to speed up the adoption process has added pressure to prioritise a placement even if there is uncertainty about its merits. It does not feel like a system that promotes sound decision-making, and there seems to be a lack of scrutiny at every stage: once a court grants a placement order, a local authority is free to place a child in an adopter’s care. Adoption panels, which should provide independent oversight, have little real authority to challenge proposed placements and only make recommendations. It is unusual for them to probe social workers’ analysis. The adoption agency decision maker, who must approve the placement, bases their decision on the reports from the social workers, which are bound to be positive.

Similarly, when courts are asked to grant an adoption order, decisions are based on a suitability report from the social workers involved, Moreover, once the child has been placed in the care of the adopter, professionals are reluctant to disrupt the placement. A social worker would have to have enormous confidence in their judgment to suggest moving a child once they have settled into a new home.

The number of adoption breakdowns is evidence of the inadequacy of existing processes. A 2014 government-commissioned study found that 3.2% of adoptions broke down over a 12-year period, but that hides large differences across the country – the rate is said to be as high as 20%in some areas and a BBC survey last year found 25% of adoptive families were “in crisis”. The cause of poor outcomes for these families is frequently attributed to the lack of support services available to adoptive parents. This is undoubtedly a factor. The lack of robust assessments and limited scrutiny of placements must be another.

It is the system that is failing, not individual professionals. It should not have taken the death of a child to highlight flaws in the system, but this must lead to improvements in the way social workers select and assess adopters. We must not be afraid to question and challenge colleagues when a decision is being made to place a child with an adopter. There should be additional scrutiny of the processes to match a child with their new family, from the courts and senior managers. If we do not change the system, we implicitly accept that children will continue to be placed with adopters who will reject them or, at worst, harm them.