Celebrated lawyer adds himself to client’s will

A renowned lawyer has been caught inserting himself into a client’s will, standing to get a fifth of her estate, but has not been suspended from practicing.

According to a Herald Sun report, Dino De Marchi, a Vietnam War veteran who was feted by former Governor-general Dame Quentin Bryce at Government House in 2010, has pleaded guilty of including his name as a “significant beneficiary” of the will of client Lidia Toffolon. The client is said to have visited De Marchi’s law office in 2013 to have a new will prepared, and later instructed the lawyer to include himself as beneficiary. Even after a solicitor employed by De Marchi told him the act would be a breach of rules, the lawyer did not cease to act for the client. Instead, he ordered his law firm and its address to be deleted from the cover page of the will. De Marchi is said to have then taken the client to another lawyer, Carl Soccio ...
Read more ... Add new comment

It is time to impeach Judge Martin Nolan, and to remove him from the bench

The handiwork of Chief Federal Magistrate John Pascoe – witness bribing, price fixing, succumbing to blackmail to conceal a crime and lying to shareholders etc. Is there anything this man cannot do?

John Pascoe’s shady conduct has been written about before to some degree in the press but to the best of my knowledge not to the detail that I am about to get into.

Kenneth Edward Hampson, 60, began removing money from his clients' trust accounts for his own use in May 1992 following the downfall of the Pyramid Building Society.

(a) fact and circumstances of collection, where the individual may not be aware that his or her personal information has been collected;

(b) identity and contact details of the agency or organisation;

(c) rights of access to, and correction of, personal information provided by these principles;

Brisbane-based Judge Salvatore Vasta, who has developed a reputation for clashing with litigants, courted controversy this year after he jailed a father of two for a maximum of 12 months for contempt of court in family law proceedings.

He told the man in that case, whose former wife was strenuously opposed to him going to jail, to "bring your toothbrush" after he allegedly failed to hand over all his financial records.

In a scathing judgment in February, the Full Court of the Family Court said Judge Vasta's conduct in the case gave rise to a "gross miscarriage of justice".

The “systemic culture” of workplace bullying and harassment needs to be “urgently addressed”, argues the Australian Law Students’ Association.

Speaking last week, ALSA president Erin Ritchie (pictured) demanded that the Australian legal profession take immediate action to end such workplace misconduct, declaring there “needs to be an impetus for change” among the broader profession.

The responsibility for fixing the problem, Ms Ritchie posited, “ultimately rests with the profession”.

In 2012, Australian Deputy Prime Minister Truss asked High Court Chief Justice French to file a case against corrupt judges, some of them in the High Court.  Three High Court judges have denied the public access to justice at the highest level, defying a Constitutional right. For at least 15 years the legal and judicial fraternity has covered up injustices and corruption in the secretive Family Court. Only the High Court has power to review the Family Court.

A common law immunity against historical child sexual abuse charges is set to be revoked in Canberra, as part of a suite of greater child protection laws.

Until 1985, there was a common law presumption in the ACT that a male under 14 years was "incapable of sexual intercourse". 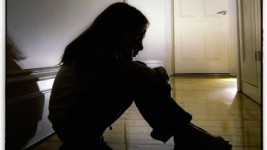 The clause is part of a wider bill enacting recommendations from the royal commission into institutional child sex abuse.

The Untouchables: America's misbehaving prosecutors, and the system that protects them

NEW ORLEANS -- Some questions seem particularly prone to set John Thompson off. Here's one he gets a lot: Have the prosecutors who sent him to death row ever apologized?

"Sorry? For what?" says Thompson. The 49-year-old is lean, almost skinny. He wears jeans, a T-shirt and running shoes and sports a thin mustache and soul patch, both stippled with gray. "You tell me that. Tell me what the hell would they be sorry for. They tried to kill me. To apologize would mean they're admitting the system is broken." His voice has been gradually increasing in volume. He's nearly yelling now. "That everyone around them is broken. It's the same motherfucking system that's protecting them."

The reports also reveal how the price of some food – including certain types of seafood in Sydney – may be more expensive due to Mafia control of the supply chain across Australia.

A joint Fairfax Media and ABC Four Corners investigation has obtained a series of confidential Australian police reports written and circulated to state agencies between 2003 and 2014.