Potential jurors in the prosecution of a man accused of fabricating claims about a Westminster VIP paedophile ring have been warned the trial is likely to last several months.

Carl Beech, 51, from Gloucester, is facing 12 counts of perverting the course of justice and one count of fraud in a trial set to open at Newcastle Crown Court this week.

Victims' families including those of murdered Tenterfield teen Clinton Speedy-Duroux, have labelled the case against a high-profile NSW homicide detective a "witch hunt", pledging their support for Gary Jubelin who is accused of using a mobile phone to record someone without a warrant.

Jubelin is expected to face a Sydney court in July after he was charged with four offences under the Surveillance Devices Act on Friday.

The royal commission into institutional responses to child sexual abuse opened its first hearings for 2017 in Sydney today, once again turning its attention to the Catholic church.

Senior counsel assisting, Gail Furness SC, gave the opening address to case study 50, which is looking into the policies and procedures of Catholic church authorities.

She outlined shocking levels of alleged abuse, including 4,444 people allegedly abused between 1980 and 2015 in around 1000 different Catholic institutions.

Details
Category: Paedophile coverups by church and state
Created: Friday, 13 September 2019 23:03
Written by Pedophiles Down Under

The federal Child Abuse Royal Commission is a farce. It was implemented to gather information, cover up any evidence of Australia’s massive, integrated pedophile network, and to give the public a false sense of security that something is being done to remedy the epidemic of pedophilia. I can prove the Royal Commission is corrupt, with the following single example:

The Australian government put forward Mr Houston as an attendee for the official state dinner at the White House but gave up after the Americans "vetoed" the invitation during negotiations, The Wall Street Journal reported, citing several unnamed sources. 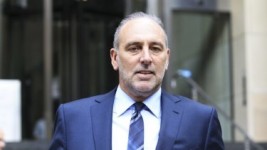 A spokesman for Mr Morrison told The Age and The Sydney Morning Herald the guest list was a matter for the hosts.

DAVID HARDAKER: Just when it didn't need it, there's been more criticism today of the Victorian Police force and the way it's handled some serious investigations, but this time it's not about the drug squad, the underworld, or police corruption.

Instead, it's the Sexual Crimes Squad that's under fire after an investigation by the Victorian Ombudsman.

His report, which is yet to be made public, has recommended that several child sexual abuse cases be re-opened, and that two officers show cause why they should not be removed.

How a Melbourne seminary became the breeding ground for paedophile rings

The altar boy sat firmly on the back of the motorbike, his skinny arms gripping the waist of the young priest as they weaved through the suburban streets leading to Victoria’s most prestigious Catholic seminary.

Paedophilia: Enough evidence against the Queen of England and her Prime Minister*

Last Thursday activist David Compan was released from the London Park Royal Mental Health Centre. The psychiatric facility had been swamped with calls about his forced detainment there. David, plus his wife, was arrested on three occasions this month – without being charged. His apparent “crime” was daring to post Brussels common law court arrest warrants on the Queen, Cameron, former Catholic Pope Joseph Ratzinger and 27 other global elites. www.itccs.org

The present Catholic Pope Francis Bergoglio was alleged to be part of child trafficking in an international pedophile ring. Victims who were prostituted as children at the Vatican have come forward, along with survivors who alleged they were abused in international pedophile rings. Victims have also alleged sex abuse and murder of children by former Pope Ratzinger, Catholic Cardinal Bernard Alfrink of Utrecht, a second Catholic Cardinal, a French judge, Belgian priests, other members of the British Royal family and Prince Bernhard of Holland

Editors notes: Simental, a known pedophile, was promoted within the Jehovah’s Witnesses. Why did they allow him to be around children?
Abusers job or title:: Priest

The organization that oversees the Jehovah’s Witnesses is currently embroiled in a major legal battle that involves child molestation, religious secrecy, and (possibly) the Supreme Court. The entire story is bananas, and both sides have now made their arguments as to why their case should (or should not) be taken up in the Court’s next term.

While we await the Court’s decision, it’s worth summarizing what this is all about.

The case centers around an incident that took place on July 15, 2006.

J.W., a nine-year-old girl with Jehovah’s Witness parents, was invited to her first slumber party at the home of Gilbert Simental. He had a daughter her age, so that wasn’t too weird. Two other girls (sisters) were also at the party. These families all knew and trusted Simental because, while he was no longer a local Witness leader, he had spent more than a decade as an elder in the faith. He was a religious leader who stepped down, he said, to spend more time with his son. They believed him. They all respected him. It’s why they allowed their girls into his home. 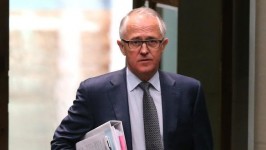 PRIME Minister Malcolm Turnbull is under pressure to launch an investigation into elite paedophile rings in Australia, after allegations surfaced of a former prime minister on a police list of suspected paedophiles.

Senator Heffernan used a Senate estimates committee hearing on Tuesday to discuss the list of 28 people, which he said formed part of police documents that had been "signed off" by Gary Crooke, QC, the former senior counsel assisting NSW's Wood royal commission into police corruption in the 1990s. Mr Crooke declined to comment when contacted by Fairfax Media on Tuesday.

British Politics: A List of MP’s Convicted of Sex Offences....

Tory Party General election candidate, Michael Powell – Convicted and jailed for 3 years for downloading hardcore child abuse images/videos.
Michael Powell, Conservative mayor of Bridgend in south Wales from 1984 to 1985 and a Tory candidate in two General Elections, downloaded 16,600 pornographic pictures onto his home computer at his Sarn home near Bridgend.

Tory Party MP (Billericay) Harvey Proctor – Stood trial for sex offences of a sadomasochistic nature against teenage boys, and was forced to resign.
(Will do a separate post)