The story of child abuse in the North East has not come out anywhere near properly yet.

“Operation Rose was launched in 1997 by Northumbria Police after complaints were made that care workers and teachers had abused children in the past.

The three-year investigation involving 40 detectives led to 32 people being charged with a total of 142 offences. In total, 260 residents and former residents of 61 children’s homes made 503 allegations against 197 care workers for alleged physical and sexual abuse. [2]

Of the 32 that were charged, six were found guilty and jailed for a total of 25 years and one other person pleaded guilty. Four suspects died prior to trial.” [2]

Sunderland Council, who must shoulder much of the blame for child abuse in homes run by them, has recently been exemplary in releasing information see Witherwack Category [7] and Sunderland Category [3]

Northumberland Police have much of the information are refusing to release any information so far because it would take them too long to look through it.

Various requests are here.  I have found them one of the most unhelpful authorities.

Was there really no final report written? That is hard to believe.

This account was written by Brian Clare as far back as about 1992 on Dads Place Forum. Brian is one of the best known and longest serving and popular campaigners against child sexual abuse.

I was born on the 23rd January 1968. In 1977 at the age of nine years old I was taken into the care of the local authority by the then, Sunderland Borough Council’s, Social Services Department. As a child I was considered to be a ‘problem child’ and I lived with my mother who was a single parent.

During my early years my behaviour was such that my mother enlisted the support of Sunderland Social Services, and together, they decided that the care home system was the only way to control me. I understand that the reason I was taken into care was due to the fact that I had Attention Deficit Hyperactivity Disorder (ADHD).

Emsworth House Assessment Centre When I first entered Emsworth House I was eight years old. I recall clearly, being taken to a side room with my mother. I ran away from the home shortly after admission and the only reason was simply to be with my mam.

My punishment for running away was to regarded as a runaway risk and I was therefore treated like a prisoner. The secure unit was like a cell. I remember that there were no light switches or door handles on the inside of the room and there was one plastic light fitting in the centre of the ceiling.

In the door to the room there was a single square window which looked out onto the hall outside. The glass of course was reinforced. The bed was a rudimentary block with a mattress sat on it. The mattress and the pillows all had plastic covers on and there was no real bedding to speak of.

Anyway I had to be content with my surroundings as I was required to spend seventeen hours in the secure unit each day. I have horrible memories of long nights spent in that room and it would true to say that suicide crossed my mind on many occasions. I stole a knife from the class room, during the day, to cut my wrists.

I hid it under the mattress. I never did go through with it I was allowed out of the secure unit during the day to attend a class room. I have distinct memories of an old lady who clearly liked her job., who used to teach in the class. She regularly placed drawing pins on my chair and forced me to sit on them.

She was also very fond of the ruler as a means of corporal punishment and she would often strike my knuckles with it. Another feature of class was the dunce hat, it was a conical hat, like you see in the cartoons. We would be made to wear this hat at times when we were considered to have done something wrong or stupid.

My education was not furthered because of any of my time spent in that class room. In the secure unit I would be forced to go without clothes and had to go for periods of time, naked. Not only was this very cold but it was also degrading for an eight year old boy. Night times were especially bad at Emsworth.

I recall one male worker who would visit my room on a night and stand outside of my room looking through the glass at me. He would then switch the light on quickly for five to twenty minutes. This used to be make me very scared. I can see no other reason why he would do this at all, other than to make me frightened.

Witherwack House the Most Notorious On 8 January 1979 I was transferred to Witherwack House, it was a couple of weeks before my eleventh birthday. As far as I know I was the very first resident in the home after it opened and I remained there until 1984. This was to be the worst five years of my live.

Almost immediately after moving to Witherwack House I was subjected to constant physical and psychological abuse by members of staff and ‘care’ workers. I was constantly picked on by members of staff who dragged me around by my neck; punched me, grabbed me by the testicles, gave me black eyes and a broken nose.

I was also forced into a bath of hot water and then cold water. When I was alone the staff beat me, punching me repeatedly with both fists in the stomach and my head, causing great pain. During one such instance I screamed and cried for them to stop but they just kept on beating me. I begged them and still it went on.

I was also sexually assaulted by a male member of staff who later became involved with child protection. He informed me that he would single me out for punishment The forms of punishment employed by the staff at Witherwack House included restraint techniques.

On one occasion my arm was held up my back so badly my shoulder blade needed medical treatment. My thumb would be bent backwards. until it touched my forearm. This was done at least daily and was extremely painful. I suffer from epilepsy and I believe this was caused by my head being hit of objects.

This was not reasonable punishment and force being used – this was eveil. I often heard screams of other residents being abused. Indeed I witnessed a rape of a girl who was eight or nine at the time – I tried to intervene but I was beaten senseless for my trouble – it was the best kicking of my life.

I was assaulted at least five or six times a day. On one occasion I was raped. Children were encouraged to have sex with each other and if we didn’t we would be kicked and beaten all over again. I was also bullied by other children at the home, by the order of the staff – I carry the scars on my head to prove it.

Even now I have flashbacks and nightmares about the abuse. My life has been spoiled as a result of the abuse I have suffered, I do not trust people and sit and study people to try and understand them because I still feel people want to hurt me.

Today and Tomorrow……….. As a result of my experiences I have avidly campaigned against child abuse and spoken with local and national media on many occasions to spread the message and raise the awareness of child abuse amongst the public.

In a similar way to when I was in care when I felt it was my duty to absorb the abuse suffered by others, I continue to feel it is my responsibility as a survivor, to try and prevent it happening to others. I have canvassed my local MP and the Government for 15 years; I was awarded damages, but not Justice.

It is also unclear whether Medomsley, investigated by Durham Police was part of Operation Rose, although it could have been.

The abuse at Medomsley, Durham is finally receiving some way overdue attention thanks to some brave survivors and Operation Seabrook was opened in 2013. At present the CPS appear to be taking a long time to decide who goes to trial but hopefully a decision is imminent and favourable for survivors. See the Monsters of Medomsley blog for updates Operation Seabrook – Medomsley Detention Centre [5]

Please note that victims of abuse may be triggered by reading this information. These links are generally UK based.

[A] Sanctuary for the Abused http://abusesanctuary.blogspot.co.uk/2006/07/for-survivors-coping-with-triggers-if.html

[C] One in Four http://www.oneinfour.org.uk/

[K] Survivors UK website for victims and survivors of male rape or the sexual abuse of men https://www.survivorsuk.org/ and twitter https://twitter.com/SurvivorsUK

[M] A Prescription for me blog Various emotional support linkshttps://aprescriptionforme.wordpress.com/help/#emotionalsupport

This is all written in good faith but if there is anything that needs to be corrected please email This email address is being protected from spambots. You need JavaScript enabled to view it. quoting the article title

If you would like to contact me in confidence, please email This email address is being protected from spambots. You need JavaScript enabled to view it.

“He who does not bellow the truth when he knows the truth makes himself the accomplice of liars and forgers.” Charles Peguy

Every time we act in the face of fear, we dilute it’s power and increase our confidence – via Gary Havener

“Our lives begin to end the day we become silent about things that matter” – Martin Luther King Jr.

Only the small secrets need to be protected, the large ones are kept secret by public incredulity – Marshall McLuhan 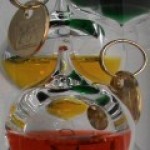