2,000 NSW children removed from their families were placed in motels

In the 2017-18 financial year alone, the Berejiklian government spent $43.4m on these emergency and “alternative care arrangements”.

Half the children ending up in this kind of accommodation are Aboriginal children.

Removing Aboriginal children from their families has failed. There is another way.

Data obtained by NSW Greens MP David Shoebridge under freedom of information laws shows that from July 2017 until June this year, 612 children have ended up spending time in motels, hotels or apartments – 304 of them Aboriginal children.

“Hotels and motels are no place for children already dealing with being separated from their families,” Shoebridge said.

“Aboriginal children who have been taken from their families bear the brunt of this policy failure,” he said.

By removing children and placing them in the worst kind of care, the NSW government is creating a pipeline from Facs to juvenile justice.

“By removing children and placing them in the worst kind of care, the NSW government is creating a pipeline from Facs to juvenile justice,” he said.

“We need a firm commitment that this practice will stop unless there are compelling circumstances, with no ‘alternative care placement’ being allowed without the express approval of the minister,” Shoebridge said.

The minister for family and community services, Gareth Ward, has been sought for comment. 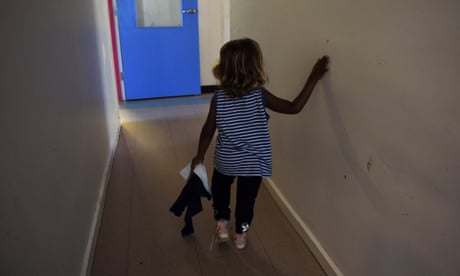 In parliament in June, Ward said: “I am advised that Facs uses alternative care arrangements as a last resort, and only in emergency situations.

“I am advised that Facs closely monitors the use of alternative care placements, and significant work has and will continue to be implemented to reduce the need for them.”

Nationally, the rate of Aboriginal children being removed from their families is expected to triple by 2037, which First Nations families advocates say shows the child protection system is in crisis and is “manifestly failing young Indigenous people”.